In most NLP books and many courses (this is only a guess, because I haven’t been on all of them), the trainer suggests that you elicit a positive state to anchor with a question along the lines of “Can you remember a time when you were totally <insert desired state here>?”

Many people trying this will have found that it doesn’t work that well. For a start, it’s a closed question, inviting a yes/no answer. Because of state-dependent memory, if a person isn’t already feeling good, they will find it hard to access an associated memory of powerful positive state just like that, and the temptation will be to go for the “no” option, or at best to pretend to go through the motions without actually fully associating into the memory, because they don’t want to disappoint the NLP practitioner. Without a powerful, associated resource state, it’s impossible to set a resource anchor.

There are a couple of easy ways to increase your anchoring success rate, whether you are setting an anchor for yourself or for a ‘client’. One is to ease into the desired state rather than trying to jump straight there from wherever you are starting from, using open questions:

And of course, if you are working with someone else, you would go into that state yourself, and even go a bit further into it than you want them to go. As long as you are in rapport, they will follow you into the state.

If you don’t go into the desired state yourself, your voice tone and body language – which people use as indicators of whether you mean what you say – will not back up your message. Imagine the voice of John Major (or, if you’re under 30, the ‘Computer Says No’ woman from ‘Little Britain’) asking you to get really excited – it just wouldn’t work.

Here’s something that’s even more important: the best time to anchor a state is when it’s naturally occurring, rather than trying to deliberately recall something. In fact, I’m guessing that you already have some resource anchors in your life – words, names, gestures, images, or sounds that have just naturally become associated with particular resource states, or role models that for you personify that state. While it’s possible and relatively straightforward to set up resource anchors deliberately, it’s easier and probably more powerful to use the ones you already have.

Recently I saw Ken Loach’s film “Looking For Eric” – about a depressed Manchester United fan called Eric whose hero, former United footballer Eric Cantona, mysteriously appears to him when his life is at a low point and helps him get his life back together.

At the beginning of this clip, Eric’s mate Meatballs is trying to help him out with a do-it-yourself anchoring exercise from a Paul McKenna book – I think it’s Instant Confidence, or it might be Change Your Life In Seven Days.  This neatly illustrates how you can’t learn NLP from a book – see how they are trying to set up the stimulus (the thumb and finger pressed together) before they have managed to elicit the state!

However, Eric already has a much more powerful resource anchor available, which you can see at 0:25 – turning his collar up in imitation of his hero, which helps him get his pride back. I think (not having the whole film in front of me) he also uses it later at 1.12, to help him get the courage up to meet his ex-wife.

Later, Eric and his mates use another ‘Cantona anchor’ – putting on lookalike masks – which (along with being mob-handed) helps give them the courage to confront and humiliate a feared gangster (1:39).

See it if you can – it’s become one of my favourite films, and I’m not remotely interested in football! Cantona conducts himself like an inspirational king throughout, and proves a dab hand at therapeutic metaphor. Alas, unlike the movie, we can’t guarantee that your role model will appear when you use your anchor.

There is also a neat bit of embedded suggestion in the film poster: 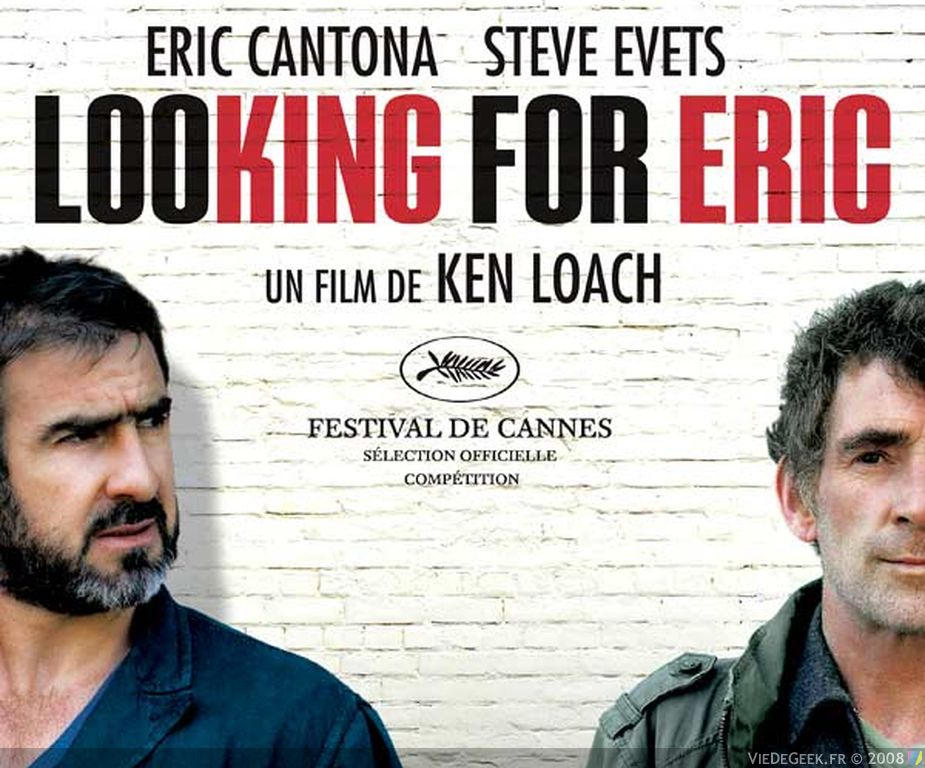 Reflection: What resource anchors do you already have in your life? What have you taken for granted that is actually a source of strength? When are you at your best?