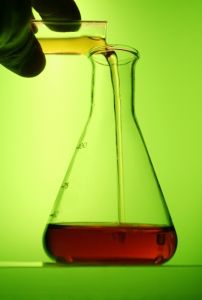 ill sometimes see it asserted by people identifying themselves as ‘skeptics’ that ‘Neuro-Linguistic Programming (NLP) has been disproved by science’. This is a bit of an over-claim, as not very many studies have yet been done of NLP’s effectiveness, although the NLP Research and Recognition Project is gearing up to get some proper research done.

Also, NLP is a vast and growing body of knowledge and practice. I want to reference the distinction first made by John Grinder between NLP modelling and NLP applications.

NLP applications is what most people think of as NLP, assuming they’ve heard of NLP at all. These are the techniques, patterns and interventions that have resulted from the modelling process – most of them coming from the three ‘examplars’ that Richard Bandler and John Grinder originally modelled when they were inventing NLP, who happened to be genius therapists (Fritz Perls, Virginia Satir, and Milton Erickson).

Examples of NLP applications would be the ‘fast phobia cure’, the Meta Model questions for uncovering distortions, deletions and generalisations in people’s thought patterns, and the ‘circle of excellence’ technique for feeling more resourceful in challenging situations. There are loads of them; many of them based on or supported by sound scientific principles and research. “Anchoring”, for example, which is the basis of the circle of excellence technique, is based on the well-established principles of Pavlovian conditioning.

So before we even get into asking whether the studies claiming to debunk NLP are well-designed or based on sound premises, it’s worth noting that NLP draws from all kinds of fields of knowledge and study. Even if one little bit of it were to be definitively disproved, that would not mean that all the rest of it automatically became invalid.

The lack of research into NLP has happened for various reasons – testing any type of therapeutic intervention is always going to be much more complicated than (for example) pharmaceutical trials, because there is so much more going on in any human interaction than there is with simply administering a drug. Also, doing proper controlled trials is expensive – beyond the reach of individual NLP practitioners and probably nearly all training organisations. And because the success of an NLP intervention depends on the practitioner knowing what they are doing, double-blind studies would be impossible.

Nevertheless, some research into NLP has been done, and research from other areas such as neuroscience and academic psychology can cast some light on how some of the NLP applications work. Here is a link to a summary, a few years old now, of research that supports various aspects of NLP, and here’s another on the use of NLP in psychotherapy.

Then there is the difficulty of defining precisely what is NLP and what isn’t – some studies (e.g. Richard Wiseman’s recent “The Eyes Don’t Have It” study) seem to take the view that if someone, somewhere describing themselves as an NLP practitioner has claimed something, then the researchers can legitimately present that claim as something claimed by NLP. The hypothesis tested by that study was the claim that if someone asks you a question and your eyes move to your right, you are likely to be lying. The vast majority of people in NLP, including the original developers and everyone else well-known in the field, have never made such a claim. So is that an ‘NLP claim’? I would argue not (I think the researchers found one guy on YouTube making the claim who self-identified as an NLP practitioner, plus I think I saw an episode of the popular TV drama ‘CSI’ where one of the characters identified a similar claim as ‘NLP’). If you really want to, you can read a very extended discussion of these points in the comments on my blog post about the study; I regret to say that some of the NLP practitioners involved didn’t communicate terribly well.

When someone is on a mission to ‘debunk’ NLP, eye accessing cues is the aspect they normally zero in on – as in the Wiseman study mentioned above.

Because eye accessing cues are not always as easy to observe as some NLP books (and courses) might lead you to think, they do rather lend themselves to being the subject of inconclusive experiments. All the more so when the researchers are not very familiar with NLP, or the experiments are not well designed. For an incisive and detailed critique of the most widely-known studies claiming to disprove eye accessing cues, see Andy Bradbury’s critique at http://www.bradburyac.mistral.co.uk/nlpfax09.htm.

Having said all that, NLP will only progress and be more widely accepted if it takes account of what genuine research, especially in the field of neuroscience, is finding – Richard Bolstad has written some interesting articles about this here and here. As NLP practitioners, we also need to beware of our own very human tendency to cherry-pick the evidence that suits us, and not to view any genuine and open-minded requests for evidence as ‘attacks’ on NLP.