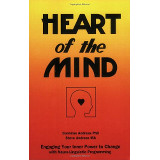 Heart of the Mind: Engaging Your Inner Power to Change with Neurolinguistic Programming by Connirae and Steve Andreas

A guide to various NLP changework interventions, presented with little case histories of the kind of problems you might use them for. Very readable and easy to understand, this would be a good book for therapists but is also useful for self-help. 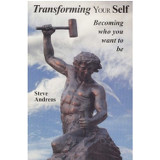 Transforming Your Self: Becoming Who You Want To Be by Steve Andreas

Steve and Connirae Andreas were responsible for making readable books out of Bandler and Grinder’s early seminar transcripts – the clarity of their editing style becomes apparent when you compare with some of Bandler and Grinder’s later solo efforts.Steve Andreas has now turned his wisdom and clarity of thought to the problem of self-concept (how we see ourselves, and how we know that we have particular qualities) and how self-esteem is derived from it. The result is this magnificent book, the implications of which will continue to reverberate through the worlds of therapy, coaching and emotional intelligence for some time to come.The book is once again in the form of a seminar transcript, with practical exercises at every step of the way. It gives you a complete ‘how-to’ guide for strengthening self-concept, how to ‘tune up’ your sense of yourself as having a particular quality such as kindness, how to become at once stronger and more sensitive and open to feedback, how to be more sure of yourself and less judgemental of others, how to transform unwanted qualities, and even how to install a new desired quality from scratch.I based a module of my Master Practitioner courses on the concepts and interventions in this book, and they worked exactly as the book predicted.

One slight caveat: the title implies a self-help book, but I would say that at least some familiarity with NLP would be needed to get the most out of the exercises. I would say this book is a must for both therapists and coaches!

The Rainbow Machine: Tales From A Neurolinguist’s Journal by Andrew T Austin

If you like that extract, then you’ll love this book. It’s a series of bite-sized articles, case studies and “tales from a neurolinguist’s journal” drawn from Austin’s practice as a hypnotherapist and former career as a psychiatric nurse.

For my money this is the most significant NLP book of the last ten years. Luckily it’s also one of the most readable. More please! 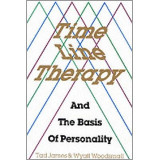 This is the original work on Time Line Therapy and as such is essential reading for anyone seriously interested in effective ways to help their clients. In my personal experience as a therapist this is the most effective intervention for helping clients to let go of negative emotional baggage from the past – fear, anger, guilt and sadness. It’s also the quickest and kindest.

This book was published in 1988 and contains a few techniques (e.g. deleting memories) which I hope Tad wouldn’t endorse today. It’s very much a book of two halves – the second part sets out a number of metaprograms (covering much of the same ground as Shelle Rose Charvet’s Words That Change Minds, albeit not as engagingly), integrates the Myers-Briggs categories into the NLP model, and describes how to elicit and even change someone’s values. There isn’t much of a link between the two parts of the book. Also, the actual step-by-step process for a TLT intervention is nowhere set out in the book. I suspect the format of the intervention was finalised after the book was written.

It also has a transcript of a therapy session using TLT to help a client with a cocaine habit. Overall the book is clear and readable.

Using Your Brain for a Change by Richard Bandler

Bandler’s on top form in this book from 1985 about using submodalities to ‘run your own brain’. Like many of the early Bandler and Grinder books, it’s another seminar transcript, so once again the man’s attitude comes through loud and clear with loads of jokes and anecdotes which always have a point. Every time I read one of these seminar transcript books, I get something new from it. Messy cartoons but still a must-read. 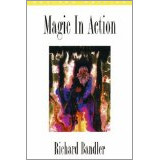 Magic In Action by Richard Bandler

NLP co-founder Richard Bandler used the process of problem elicitation as a way of loosening up the client’s strategy for having the problem – see the transcripts of client sessions in this book, which I would say is essential reading for any therapist.

“I constantly joke with clients about their problems in order to cure them of seriousness, which is what locks the model down. You get serious, you get stuck. Humor is the fastest way to reverse this process. As soon as you can laugh about something, you can change it.” – Richard Bandler

The object is to loosen up the client’s model of the world, not to ‘cure’ the problem – although the client may let go of the problem during the process.

In the transcripts, Bandler is finding out (or ‘eliciting’ in NLP-speak) each step of their ‘strategy’ for having the problem (the mostly automatic series of steps they go through in their head in order to make the problem happen) and scrambling the strategy to give the client an exit route at each step – at the same time! This book is an exemplary record of how to do therapy elegantly.