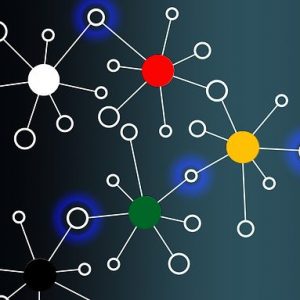 Chaining anchors means building a chain or series of states that lead from a present state to a desired state. This is useful if the present state and the desired state are so different that it would be hard for the person to move from one to the other in one go. It’s particularly useful to set up a way of ‘automatically’ getting out of a ‘stuck’ state like boredom or apathy, towards something more useful like motivation.

Why not just use a ‘motivation’ anchor?

You might think that you could just give the person a motivation anchor they could use to bounce themselves out of it, and that will work sometimes. But when they are in that stuck state, they may be feeling so unmotivated that they actually don’t feel motivated enough to use the anchor, or don’t remember they have it, or don’t believe it will work.

In that situation, a chain of anchors that pulls them out of the stuck state automatically is going to be a very elegant solution, because they don’t have to consciously think about it.

This is another one of those patterns where it’s easier to have someone else help you install the anchors, so it would be best to practice this one on a decent live NLP training. Although if you want to have a go yourself, you can certainly do it.

Here’s how it works: a state can be the trigger for another state, when you make a neurological link between them. There’s a great chapter in Change Your Mind – and Keep the Change by Steve and Connirae Andreas, which is a fine book about submodalities, where they get their seminar participants to recall the effects of taking their favourite recreational drugs.

“What’s the first thing that tells you when it’s kicking in?” “Where in your body do you feel that?” “And then what happens? Where do you feel that?” and so on. And the person associates into the kinesthetics of each stage of that process as they describe it, and of course as they do that they are conditioning in a neurological link between each of those sensations.

The Andreases take them back to the first step, and each sensation acts as an anchor that triggers off the next – so from that point on, they can get the effects of taking that drug whenever they want, without needing the physical drug to get them. Which could be quite useful.

This is an important point. The main reason people take drugs, or drink, or smoke cigarettes, or eat cream cakes, is to change their state. It gives them the most reliable way they know of bringing about a state change – even if, in the case of the cigarette, the state change is just relieving nicotine craving.

When people have effective ways of changing their state, such as setting off a resource anchor, they don’t need to resort to taking things that will damage them any more. They still have the choice to use those things, but they don’t need to – the anchor works just as well, or better, and doesn’t have the damaging side effects.

How to set up a chain of anchors

This is the process:

That’s setting up a chain of anchors formally, as if you were a therapist and the client had come to your consulting room. You can also set up chains of anchors conversationally.

For example, if you enjoy telling stories, you could tell a story that leads the listener or audience through a chain of states, starting with where they are now and ending up with a desired state. If that story was really memorable and successful in evoking those emotions (you can tell if it’s working by paying attention to your audience) then the next time you mention the first part of the story, or the name of the main character in it, they will go straight through the chain and end up in the desired state.

Alternatively, you could tell several stories with different content but the same structure, leading through the same sequence of states. The repetition will help to condition in the state chain.

If you use the same voice tone to start each story, one that you don’t use anywhere else, then next time you use that voice tone it will set your audience off through that chain of states. If you think that sounds like an unusual or outlandish thing to do, stand-up comedians use that exact same method all the time. They might anchor the states they want with a voice tone, or a gesture, or a facial expression, or a verbal catch phrase – and usually, the voice tone as well as the words will be the same each time they use the catch phrase.

Next: using anchors in real life!

Don’t know what some of the technical NLP terms mean? Try the NLP Glossary