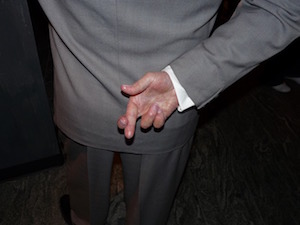 If you know what you want to get from a meeting, it makes it much more likely that you will be happy with the end result. There’s also another effect of being outcome-focused in meetings which may surprise you – for some people at least it gets rid of nervousness.

I had a coaching client who, despite being a successful marketing manager for a multinational corporation, felt nervous in meetings and had trouble speaking up. I asked her what her desired outcome for her main weekly meeting was and she said “Not getting found out.”

Now, we could have spent some time going into her feelings about authority figures and identifying her limiting beliefs, reframing them, and clearing them, but for some reason we didn’t go down that route. Instead, I asked her if it made a difference to her what the meeting decided (if it didn’t, I was going to ask her if she actually needed to be there).

I got a very congruent “Yes” response. So I asked her to do some work before the next meeting getting very clear on what she wanted to happen and the outcome she wanted to see.

The next week, she reported back that not only had she not felt nervous, but she had spoken up several times and the meeting had agreed on the outcome she wanted. As soon as she was clear about the desired outcome, her focus shifted from internal (on her own feelings) to external (onto the other people in the meeting, looking for evidence that the meeting was going the way she wanted). When you are focused on a desired outcome, you’re not concerned with the ups and downs of your own feelings, and you are literally not self-conscious – leaving you in a more resourceful state.

So if you ever feel nervous in meetings (or presenting), try focusing on your desired outcome first. Why not let me know how you get on by posting a comment below?