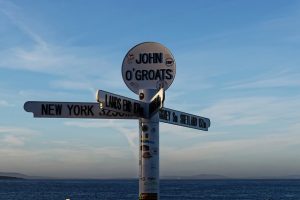 Because the Milton Model patterns were originally named from the perspective of academic linguistics (John Grinder was a linguistics professor), the names of the patterns lead people to think that they are more complicated than they actually are. But when you look at a pattern like this next one – “Switching Referential Index” – you usually find that it’s really quite simple.

All the pattern does is start off the sentence with one subject (‘subject’ in the sense of ‘person or thing performing the action’), and then you switch the subject half way through, usually to make it more relevant or more distanced from the listener, whichever they need. I’ll highlight the switching subjects in the next couple of examples so we can easily see how this works:

“I was quite nervous when I first started presenting, but it turns out that you relax as soon as you get into it.”

“If you’re expecting a bit of a tussle over this one, just take a moment to review the issues and we can probably go into it in a positive frame of mind.”

If readers aren’t quite sure about this pattern yet, you can go back and identify where I sneaked in a couple of examples without explicitly identifying them when we first started talking about ‘Switching Referential Index’. Will readers spot them? I’m sure you will.

You will also notice that in the first explicit example, we start off pacing how someone might be feeling, but in a ‘safe’ way, because I’m talking about myself rather than them. The referential index then switches to ‘you’ – “you relax as soon as you get into it”. It’s yet another kind of indirect suggestion.

In the second example, we’re more obviously pacing how someone might be feeling (possibly expecting disagreement), and then switching referential index to ‘we’ to create more of a feeling of “we’re in this together” – “we can probably go into it in a positive frame of mind.”

Academic note, only for those who are curious: what does ‘referential index’ actually mean? In linguistics, reference describes when a noun word refers to a thing – whether this is something in the world, or an idea. Different words can be used to refer to the same thing, even in the same sentence. In the sentence “Donald Trump likes to wear a tie, and it has to be the right one for him”, both ‘Donald Trump’ and ‘him’ refer to the same person.

If, like me, you find academic linguistics pretty impenetrable, an easier way to think of ‘referential index’ is to think of one of those old-fashioned signs that look like a pointing index finger. The sign itself is not the place, but it points towards the place. Similarly, the word is not the thing, but it ‘points’ at the thing it’s referring to.

One more thing about switching referential index. Some people habitually do this when they’re talking about their own feelings. “Well, when that happened – you feel upset, don’t you?”

What they are actually saying is that they feel upset when this event happens. When I hear their referential index being switched like that, I wonder if they are attempting to dodge ownership of their own emotions by projecting them onto someone else. Maybe that’s what it is, or maybe it’s just a habit they’ve got into.

If someone does that a lot, you feel railroaded, and you get to the point where you think “I wish this person would take responsibility for their own feelings and stop trying legitimise it by trying to make out that I’m feeling the same way.” Well, you might not, but I sometimes do.

Next: Understanding And Using The Milton Model 11: Negation