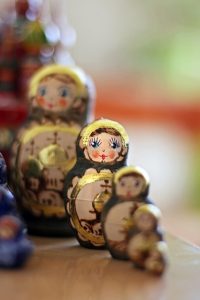 I learned about the ‘Extended Quotes’ language pattern from my first teacher of NLP, who told me about the impact it had had on her when she first heard it from Tad James in California at the beginning of the nineties. Tad was telling his class a story about when he was apprenticed to Richard Bandler. Richard told him that he was teaching a class in Denver in 1983, and one of the students told him that Milton Erickson could just say to someone “Allow your unconscious mind to give you whatever you most need right now, because your unconscious mind has all the resources you will ever need” – and it would.

Now, there’s a lot going on in that example (yes, the first paragraph is itself an example of the Extended Quote pattern). Firstly, who is speaking here? On one level it’s me telling you this, but I’m also reporting what my teacher said, and she’s talking about a story that Tad told, and he’s telling a story about Richard Bandler. And within that is a story that Bandler’s telling about his class in Denver, and within that is the student’s story about Milton Erickson.

That’s quite a few layers, so it’s easy for the listener to lose track of who’s speaking.

And of course whatever the unconscious mind hears, it applies to itself. By the way, this is one reason why people who insult and judge others are usually pretty unhappy themselves – every time they call someone a ‘bitch’ or an ‘idiot’, their unconscious mind is taking it on board as ‘applying to self’.

So although this is Erickson saying “your unconscious mind has all the resources you need” to an unspecified person in a story, the listener’s unconscious mind also applies that suggestion or statement to itself.

Plus, the listener might not accept that suggestion just from me, but when the person in the story is someone they admire or respect, they are more likely to just take it on board. I heard Richard Branson speak about business decisions once, and he said that when he’s decided the time is right, he’ll just say “Screw it let’s do it”.

Just to step outside of NLP for a moment, that’s Professor Robert Cialdini’s “Authority Principle” in action. Cialdini’s not an NLP guy, although he’s spoken at NLP conferences.

He’s an academic psychologist who specialises in studying what works in influencing human beings, and especially the little psychological triggers that temporarily turn off our critical faculties and get us to accept things automatically.

That’s what’s going on when you get to the ‘science bit’ in an advert for cosmetics or shampoo – scientists have come up with this, or it’s endorsed by the British Skin Council (whoever they are), so it must work.

Another of Cialdini’s principles of influence is called “Social Proof”. This is the idea that you are more likely to buy something, or do something, when you see other people doing it. It’s why you see testimonials for products or services on people’s web sites.

When you use extended quotes in a business context (rather than as Erickson used them, where his aim was to put people into a trance state), they don’t need to be all that extended – something as simple as “One of our customers told me that their costs had reduced 30% in the three weeks since they installed the system” backs up your offer with a message from someone else.

It’s not you saying that, it’s this other customer…

Next in this series: Understanding And Using The Milton Model 10: Switching Referential Index 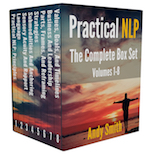