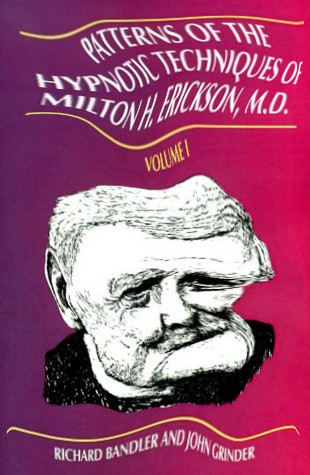 Many of the patterns in the Milton Model are just Meta Model patterns ‘in reverse’ – chunking up for abstraction and vagueness, rather than questions drilling down to specifics.

This article considers the patterns we can class as ‘Distortions’.

And I know you remember that ‘mind reading’ in NLP describes when someone is speaking as if they know what’s going on in the mind of the listener. And just by saying you know what’s in their mind, you can put the idea or feeling or even action that you’re talking about into their head.

I expect you’re wondering ‘how does that work?’ – Well, if you weren’t wondering before, you probably are now. And you could be thinking ‘how can I use this in real life?’ And right about now, I know that you’re thinking of real-life ways that you can use it, and pretty soon you’re going to have a couple of ideas for how this pattern can put ideas in your listener’s mind.

Or can we just say ‘Value Judgements’? It’s good if we do. Lost performatives are value judgements where person who originated the judgement is left out and it’s just presented as a fact. And it’s OK to do that most of the time, and even better when you spot someone doing it. You can use it to validate the way someone is feeling or what they’re doing – “It’s a good thing to feel comfortable” – which encourages them to do more of it. Or you could use it to pace something that your audience is feeling, or that might even be an ‘objection’ in the broadest sense of the word, before suggesting a direction out of it: “It’s natural to feel a bit confused at this point, before you decide the best thing is to just accept it and go with it.”

What’s the relevance of this to influencing? If you ask people to do something, their minds automatically demand a reason, and mostly they won’t move on until you give them a reason. Now here’s the interesting thing: it’s not that important if the reason makes sense, as long as there is a reason.

Research backs this up. The famous ‘Xerox Study’ by Social psychologist Ellen Langer went like this:

There’s a photocopier in library with long queue.

You go to the head of the queue and say “Excuse me, I have 5 pages. May I use the Xerox machine because I’m in a rush?”

What proportion of people would let you in, do you think? According to the study it was nearly all of them: 94%.

They repeated the experiment lots of times in different libraries. They also tried this different wording:

“Excuse me, I have 5 pages. May I use the Xerox machine?’

What proportion do you think would let you jump the queue this time?   It turned out to be 60%.

So what’s the difference? The first time, they gave the people in the queue a reason or cause: “because I’m in a rush”.

And they also tried this wording:

“Excuse me, I have 5 pages. May I use the Xerox machine, because I have to make some copies?” So this time you’ve given a reason for jumping the queue, but it’s not a valid one – everyone queuing for the photocopier has to make some copies.

The proportion that would let you in this time was… 93%!

So the difference between giving a valid reason and giving a reason that’s not valid is just 1% – and either one is over 30% more persuasive than not giving a reason at all. Our minds just think in cause and effect linkages, and once they see that structure, they’re not so bothered about whether the cause is really responsible for the effect.

If you realise that, then you’re well on the way to becoming a master of influence. So that ‘if-then’ structure is another one you could use – notice it works equally well if you leave the ‘then’ out, because your mind is expecting it once it sees the ‘if’.

It works equally well in the negative: “Until you realise that, you’ll never be a master of influence.”

And there are other wordings like “As long as A, then B” and “While A, then B” which you can use to imply a cause and effect relationship between A and B. “As you read this article, your unconscious mind is storing away these language patterns for later use.”

Again, you can imply cause and effect using a negative and the word ‘unless’: “Don’t take the time to practice using these patterns unless you want a dramatic increase in your power to influence people”.

That’s a very common pattern, and now that you’ve heard it, you’ll spot it all over the place. (That last sentence was yet another version of the cause and effect pattern, by the way).

When you link two separate things as a complex equivalence, you get the listener to look at the first thing in a different way. People sometimes get confused when they start learning NLP, because it’s such a different way of looking at things. Confusion just means your mind is taking in new information, before it’s fully integrated. In fact, confusion is a natural step in learning – right before understanding.

Do you need any more examples? Listening to this audio means that you’re committed to your own development. Or in a sales context, “The fact that you’re here means you’re serious about buying.”

Remember, presuppositions are what you have to assume to be true in order to make sense of what’s being said. Listen to these examples – here’s a great question you can use in problem-solving:

“Where is the problem on a scale of one to 10, where one’s the worst it’s ever been and 10 is where you’re going to be when you’ve solved the problem?”

What’s presupposed there?   That you’re going to solve the problem.

“When you’ve told me what you need, we’ll be clearer about how I can help.”

There are two presuppositions in that one: that you’re going to tell me what you need, and that there is some way that I can help.

So that’s the Distortions part of the Milton Model – Mind-reads, Value Judgements, Cause and effect, Complex equivalences, and Presuppositions. These are the same patterns you find in the Meta Model, but you’re just using them in a different way.

Next in this series: Understanding And Using The Milton Model 4: Generalisations

There is lots more about NLP language patterns and many other useful aspects of NLP in the Practical NLP Box Set Volumes 1-4: