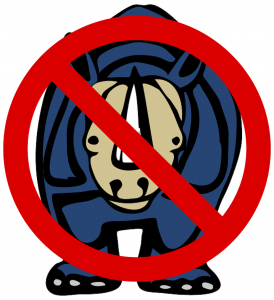 As well as Distortions and Generalisations, there’s another type of Milton Model pattern that we can class as ‘Deletions’. Why deletions? Because some information has been left out or at least left deliberately vague.

In order to make sense of something that’s left vague or has some information omitted altogether, the listener has to fill in the gaps from their own ‘map of the world’. This is useful when, for example, you want to encourage them by getting them  to think of things they’ve achieved or good experiences they’ve had.

Using Milton Model patterns, you can do this without needing to know what those specific achievements or experiences were, just by saying “In the light of what you’ve achieved so far…” or “All the good experiences you’ve had…”

Those are just a couple of examples. Let’s look at the Milton Model ‘Deletion’ patterns in detail.

(Note: in the examples below, italics are used to point out where the Milton Model patterns are being used. They are not used to suggest that you should be emphasising those words if you were to use the pattern. As usual with NLP language patterns, the more natural you sound, the better the patterns will work.)

These are verbs (actions, processes or activities) that have been turned into nouns (things). We usually class these as ‘deletions’ since all the information about the action has been deleted out – for example, we talk about a decision as if it’s a thing. It wasn’t though – it was a process. When we talk about a decision we are leaving out lots of information, like who was doing the deciding, and the process they went through to decide. The action is ‘frozen’ into a noun, and all the information about the process is lost.

Nominalisations are used a huge amount in business, and often in a careless way. They are great for using as a shorthand way of describing complex processes – like business development or organisational change – as long as both communicator and listener have a shared understanding, and you are aware that the nominalisation is leaving information out (‘information’ is another nominalisation, of course).

So they’re best used where the subject matter demands a high level of abstraction, or again where you want people to find their own examples – “as you consider your successes in the past year” or “when you look at your most effective decisions, you’ll find certain commonalities“.

Because nominalisations turn actions into objects, they also have the effect of – literally – getting the listener to look at the situation more objectively, and of reducing the emotional temperature. “That’s the decision” sounds more immovable but at the same time less confrontational than “That’s what I decided”.

The downside of overusing nominalisations are that they don’t form clear internal representations in the listener’s mind, so using too many will sound vague, slippery, or boring – plus there’s the possibility of misunderstanding if the listener finds examples that aren’t the ones you want.

You will have noticed from the words I’ve placed in italics how common nominalisations are, even in everyday speech (and I may well have missed a few).

Unspecified verbs are the antidote to micromanaging. When someone is experienced in their job and getting good results, you don’t need to tell them exactly how to do each step in detail – they already know that. In fact, they may know better than you, as it’s their job.

So you can tell them what you want them to do, without getting too specific about how they do it. “How about we grow this account by 50% this year?”

“I’d like you to get comfortable with the new system.”

Unspecified verbs are also good for setting a direction for people’s thinking, for example in sales, although you will then have to give some specifics to back up the implied claim: “Buying this system will transform your business” – and then you can go on to make clear how it will do that.

Here’s another use. Unspecified verbs are great for encouraging creative thinking, especially when combined with modal operators of possibility: “How can we increase sales?” “What could help to streamline the process?”

These are good for inspiring people: “We’re well on the way” doesn’t say where to, but it sounds good. “If you’re happy, we’ll move on” doesn’t say what they’re happy about, or where we’re moving on to – but often you don’t need to.

We all use simple deletions a lot – otherwise it would take ages to say anything. As ever, you need to pay attention. What to? (I left that bit out) Pay attention to your listeners – make sure, by calibrating their responses, that they haven’t misunderstood or that they don’t need more context or detail than you’ve given them.

“It’s going well, isn’t it?” What’s going well? I’m hoping that you’ll take the ‘it’ to refer to your growing understanding of the Milton Model – some people get it straight away, and some people enjoy a bit of confusion before it all falls into place. Which people? I don’t need to specify – actually, it’s fine to be in either category.

When you think about some of the insights you’ve had while you’ve been learning about the Milton Model, I wonder what possibilities for useful applications you can see, and what opportunities for improving some aspects of your communication you’ve already identified?

Notice how that last sentence didn’t specify what the insights were, what the possibilities were, what applications you can see, what the opportunities were, and which aspects of your communication you want to improve? I didn’t need to – because you will already have found your own examples of each. In fact, I didn’t want to specify ‘communication’ either, because for certain people (there we go again) it will be written communication, for others it will be verbal, and maybe some of you are communicating through graphics or through actions, and that’s what sprang to mind for you.

“The company is now stronger” – stronger than what? The competition? Stronger than it was before? Maybe both. You can let people take their own meanings from the statement. Sometimes it’s better that way, and you will be a more effective communicator for it.

You can also link two comparative deletions. We’ve already seen cause and effect linkages – “The more you practice, the better you get” – and you can also use two comparatives when you want people to stop doing one thing and start doing another: “A little less conversation, a little more action” in the words of Elvis.

The Milton Model so far

Along with Distortions and Generalisations, that’s the first part of the Milton Model, and as you can see it consists of language patterns that are the same as the Meta Model. The only difference is in how we use them. We use the Meta Model to spot these patterns in other people’s words, and identify the appropriate questions that we might want to ask to help the person compare their distortions, generalisations and deletions against their sensory experience.

In the Milton Model, we’re using the exact same patterns deliberately to make it easy for the listener to detach from their sensory experience and go inside. Erickson used this for assisting people into a therapeutic trance; in business we can use it to bypass conscious resistance and craft messages that tailor themselves to the listener’s map of the world, because the listener is filling in the deletions in the surface structure of our words from their own map.

Next in this series: Understanding And Using The Milton Model 6: Pacing