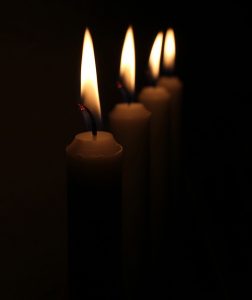 In the previous article (Pacing) we considered ways that you can use statements about a person’s current experience to assist them into a trance state. Now we can look at some ways to make suggestions indirectly to their unconscious mind, which may slip past their conscious awareness unnoticed.

First, let’s explore different forms of Ambiguity. Like any Ericksonian pattern, you could use these conversationally without a formal trance induction.

Ambiguity is when a word, phrase, or sentence has more than one meaning. When this happens, the conscious mind looks at the context to work out which meaning is correct, but the other meaning will still be registered by the unconscious mind. This isn’t something I would overuse, and you certainly wouldn’t want to be caught using it, but it’s worth knowing about – not least so you don’t unwittingly come out with random ambiguities that might create the wrong internal representations.

For our purposes, we can identify four kinds of ambiguity The first is phonological ambiguity, where one word sounds like another. This is used a lot in humour, from – at the low end of the scale – puns, right up to the sublime heights of Ronnie Barker’s “Four Candles” sketch. He asks for four candles, but it turns out he actually wants “‘andles for forks”.

The classic use of phonological ambiguity in sales is when someone says something like “You’ll have heard all you need to buy now“. I believe people are getting increasingly wise to this one, but you might get away with it if you deliver it subtly enough. In fact, if you were really sneaky, you could win a buyer’s trust by quoting that to the customer as an example of the weaselly tricks that some sales people will try, while the ‘you need two’ that’s also in the sentence sneaks past unnoticed.

Phonological ambiguity is also sometimes used in advertising slogans. “Coke refreshes like no other can” – apparently this is an old Coca Cola slogan. Do they mean ‘can’ as in ‘is able to’, or ‘can’ as in a soft drink container? Both. 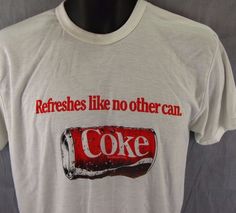 In Syntactic ambiguity, the same sequence of words can be interpreted in different ways. There are at least three kinds:

The first kind happens when you add ‘ing’ to a verb and put it in front of a noun: “I don’t like micro-managing managers” could mean two quite different things, depending on whether it’s the speaker or the managers who are doing the micro-managing. Another example: “they are supplying businesses”.

My own company is called “Coaching Leaders“. Do we coach leaders, or are we leaders in coaching? Yes!

Another kind happens with the type of nominalisation that works either as a verb or a noun: “the respect of her manager” – who’s doing the respecting, her or the manager? “The look of his eyes”, “the journey of a lifetime”.

One more kind of syntactic ambiguity is the kind that happens sometimes in newspaper headlines, and I include it just as something to be aware of so you don’t say or write something that gets a laugh by mistake when you’re titling a report or the subject line of an email, or even a text. Headlines are especially prone to being misinterpreted because shorter words are left out to save space – so a Second World War headline read ” Eighth Army Push Bottles Up German Rear” and another quoted by the Columbia Journalism Review read “Squad helps dog bite victim”.

Scope ambiguity is where you can’t be sure how much of a sentence a particular word or phrase applies to, so it sets up additional meanings in the listener’s mind. So if you say “Speaking to you as a serious professional”, does that ‘serious professional’ apply to your listener, or to you as the speaker? Both – so it would tend to boost your credibility to the listener and make them feel you are like them so as to build rapport.

This kind of scope ambiguity has been around for ever, but I first saw a structure for using it as a way to build rapport with listeners or readers in advertising or sales unpacked by NLP copywriting expert Lou Larsen:
“Speaking (or writing, or in some way reaching out) to you as a (compliment or quality they value)+(profession or the kind of person they see themselves as)”.

“Speaking to you as a concerned parent”

“Writing to you as a credible consultant”

and you can play with the word order:

“Appealing to you as a sales expert”

Here’s another structure: “The dedicated staff and leadership” – who’s dedicated? Just the staff, or does that cover the leadership as well?

Punctuation ambiguity is where it’s not clear where one sentence ends and the next begins. Erickson could get away with a lot more of these when his clients were in trance, like “I want you to notice your hand me the glass”.

You might think this would be tricky to use in a business context. My good friend, international NLP trainer Jonathan Altfeld, came up with a particularly cheeky one along the lines of “only you can decide where to award the business… to me… there’s only one way to go.” If you naturally pause a lot when you’re speaking, it’s fairly easy to do. Jonathan can do it faster, which would take a lot of practice to come out naturally.

If you like the sound of ambiguities, practice using them in safe situations – underdo it rather than overdo it – and see what you can get away with. And keep a notebook to capture your favourite examples of phonological, syntactic, scope and punctuation ambiguities.

What you can use will vary depending on your accent – I’ve heard American hypnotic inductions using ‘interstate’ and ‘inner state’, and with some Irish accents ‘through’ sounds the same as ‘true’.

Next in this series: Understanding And Using The Milton Model 8: Embedded Suggestions