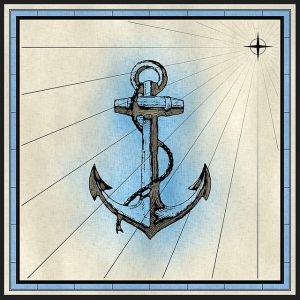 This is the overall outline of the anchoring process, without specifying any particular context, purpose, state, or stimulus.

Step 1: Elicit a powerful desired state. Actually the best time to anchor a state when working with someone else is when the person is in that state naturally, but otherwise, or if you’re anchoring yourself, you can elicit a state from memory as long as it’s vivid and highly associated. If you believe that there’s never been a time when you’ve experienced the desired state, you can construct one – imagine what it would be like to be in that state, or to be the person who personifies that state in your mind.

Step 2: Anchor: provide a specific stimulus as you notice the state changing.

Step 3: Revert the state to the neutral baseline state. This is so that you can do Step 4.

Step 4: Set off the anchor to test it.

We’re going to use Tad James‘ acronym for this, to help you remember it: E.A.R.S. – EARS.

There are five keys to getting anchoring to work. If ever a person tries to set an anchor and it doesn’t work, it’s because one or more of these keys are missing.

Here are the keys:

So the five keys to successful anchoring are Intensity, Timing, Uniqueness, Replicability, and Number of times. Again, Tad James has created a very useful acronym to help us remember the five keys: I-TURN.

Read the previous articles in this series:

Introduction To NLP Anchoring 2: What Is Anchoring?

In the next article we show you a step-by-step process for how to set a resource anchor for yourself.