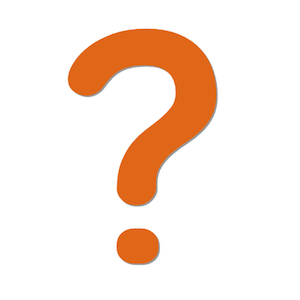 Well you probably won’t have seen it in the context of the Meta Model anyway. Apologies for the attention-grabbing headline by the way, but I was *very* impressed with this question and I think you will be too.

(For non-NLP trained readers, the ‘Meta Model’ is a venerable guide to a set of language patterns indicating deletions, distortions or generalisations in people’s thinking, plus questions that a therapist or coach could ask to ‘challenge’ these distortions and generalisations and fill in the information missing in the deletions. I haven’t written about it yet, but all is explained in the Practical NLP Podcast, starting at episode 35).

These questions aren’t just useful for therapists – they are also great for coaches, managers (or people with the kind of boss who needs ‘managing upwards’) and even for sorting out your own self-talk.

So, what’s this new question that impressed me so? It applies to the Meta Model pattern known as ‘Universal Quantifiers’. This is a fancy way of referring to the sweeping generalisations that people often use, such as:

These are examples of ways that people use generalisations to make themselves feel bad. Of course, we can also use more positive generalisations such as “It’s all good”, but usually we don’t need to challenge these.

The two standard “challenges” for Universal Quantifiers that you see in most NLP books for a statement like “This always happens” would be “Has there ever been a time when it hasn’t happened?”, or just simply to repeat “Always?” in a skeptical tone.

The problem with these questions is that they can seem confrontational, especially if used insensitively. At the very least, they will feel like a challenge to the belief expressed in the statement, which may make the person defensive.

What a therapist or coach is wanting to do with a statement like “This always happens” is to get their client to compare the generalisation to their actual experience, and so to recognise that actually the generalisation is not universally true. Once some exceptions are found, it opens up a ‘possibility space’ where the client might be able to make the exceptions happen more often. This is less likely to happen if the client feels pushed into defending their limiting belief.

A better question would do the same job (of looking for exceptions) without provoking a defence. The question is more likely to do this if it starts from the client’s ‘map of the world’ and ‘paces’ (goes along with) the implied belief on the surface, while also getting them to look for exceptions to the generalisation.

So here’s a question that does just that. It came up in an NLP therapy discussion group on Facebook, and was contributed by a rising star of NLP, Duff McDuffee. Duff’s a very bright guy, and his website on Science-based Goal-Setting has made me update my approach to goals, even though I’ve written an acclaimed book on the subject.

Duff said that when he gets a client who says something like “It’s always bad” or even just “Things are terrible” (which kind of implies a generalisation because it ignores any silver linings or moments when things might be better), he often uses the question “When is it worse?”

When is it worse? What a great question. Why? Because it ‘paces’ the client’s generally negative world-view, and at the same time implies that there is some variation in how bad it is.

As with anything in human affairs, there’s going to be variation in a problem – sometimes it’s worse, sometimes it’s better, as this question tacitly reminds the client.

Note that if Duff had used a more traditionally solution-focused question, like “When is it better?”, he would risk losing rapport with the client. It might be too much of an effort for the client to shift 180º from focusing on the negatives in the situation in the space of one question.

Instead, the question takes the client’s view of the situation smoothly from “100% terrible” to something with more light and shade. From there, it’s an easy next step to start asking about the times when it’s not so bad.

What are your thoughts about this question? Leave a comment below to contribute.

And, should you choose to accept them, here are a couple of actions you can take on the back of this article to make yourself a better coach or just be more effective in your life: