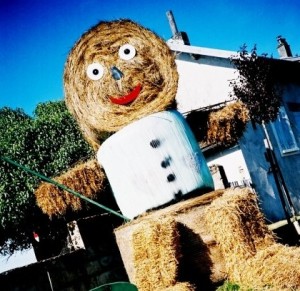 “The Eyes Don’t Have It: Lie Detection and Neuro-Linguistic Programming” is an article recently published in the science journal PLoS One, debunking the idea that you can tell from someone’s eye movements that they are lying.

Most of the studies that claim to ‘debunk’ NLP have put up some kind of ‘straw man’ premise that ‘NLP claims…’ or ‘many NLP practitioners claim…’, followed up with something that isn’t widely claimed in NLP, and study is no exception.

I’ve never met anyone in the NLP field who makes such a claim – their premise that ‘many NLP practitioners to claim that it is possible to gain a useful insight into whether someone is lying from their eye-movements’ is referenced to *one* article from 1991, by a probation officer who may or may not be NLP trained, which doesn’t mention lying explicitly. The only bit which might be taken to imply a relationship between eye movements and lying is this paragraph:

“When a client is asked a concrete question – “Where were you last night?” – eye movement up or over to the right might suggest that he or she is constructing a response, not recalling one. This in itself may indicate valuable lines for further investigation.”

To be fair, they do also mention two Youtube videos which claim a link between eye movements and lying. But that’s the total of the evidence that many NLP practitioners believe it.

The idea is obviously around in popular consciousness, as I’ve seen it mentioned in an episode of CSI (for example) but I’m not aware of anyone who is very familiar with NLP who believes or supports it.

If somebody who has heard of NLP but doesn’t know much about it claims that an idea is NLP, even though it never appeared in any of Bandler and/or Grinder’s books, does that make it NLP?

Academic psychologists like the authors of this study (Richard Wiseman is the best-known of the authors) seem to think so. I know that he’s done some good work (e.g. researching into what makes people lucky) and written some well-received self-help books, but clearly he’s not infallible.

Peer review is the best system we’ve got for getting at truth, but the publication of studies like this suggest that it’s not an automatic guarantee of reliability, in the psychology field at least.

By the way, none of the above is pretending that there aren’t some NLP practitioners around who make strange or unsupported claims. People come into the NLP field bringing all kinds of weird (to me) beliefs with them, and don’t always modify them in the course of getting trained. But that doesn’t mean that everything they say or put in their marketing material is ‘claimed by NLP’.

Nor is it to suggest that everything that Richard Bandler or John Grinder have written or said, together or singly, should be taken as gospel truth. Like any other human beings, they could be mistaken about some things, or even (for all I know) have made some stuff up. But taken as a whole, NLP works remarkably well (in my experience and that of many other people) and deserves some well constructed studies to test the hypotheses it has generated.

Here are a couple of initiatives aiming to get some proper research done into NLP: The NLP Research and Recognition Project and the International NLP Research Conference.