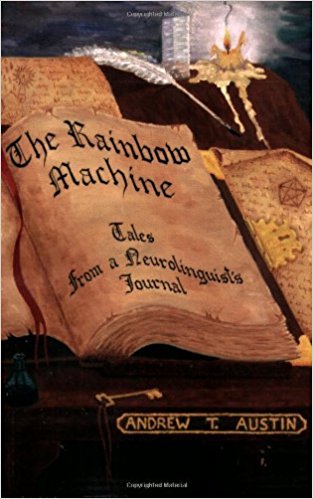 If you like that extract, then you’ll love this book. It’s a series of bite-sized articles, case studies and “Tales from a neurolinguist’s journal” drawn from Austin’s practice as a hypnotherapist and former career as a psychiatric nurse.

One tiny quibble is that despite being Austin being English, the book sometimes lapses into American. Does he really use “gotten” in everyday conversation? Maybe he’s been over there a lot and it’s rubbed off. But you’d have to be a Kingsley Amis character to take that as anything more than a minor irritation.

For my money this is the most significant NLP book of the last five years. Luckily it’s also one of the most readable. More please!

The Rainbow Machine: Tales From a Neurolinguist’s Journal by Andrew T Austin